We’ve all heard about the enormous number of appeals made against the outcome of  Work Capability Assessments resulting from Atos’ completely unfit for purpose methodology.We’re all aware of the immense cost this has resulted in and the huge number of successful appeals which have overturned DWP decisions and caused embarrassment for the government. And I’m sure , like me, no-one has been too surprised by the attempts by DWP ministers to put a positive spin on the statistics in order to minimise this embarrassment by emphasising the numbers of unsuccessful appeals and playing down the successes.

What we have a right to expect, though, from a government department, is that they at least stick to the truth. Sadly, we’ve seen that this particular batch of DWP overlords seem to have big problems when it comes down to telling it like it really is. They have a truth deficit bigger than that of Osborne’s budget and it seems their version of what the appeals statistics mean  is no exception. 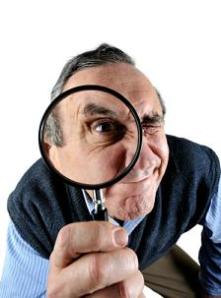 According to an excellent website called ilegal the DWP ‘s presentation of statistics on all aspects of WCAs is full of omissions and obfuscations leading to a completely false picture of the performance of this crucial part of their attack on the welfare state. The article presented on ilegal’s website is far too long to reproduce in full here so I want to simply focus on the section on appeals. If you want to read a very detailed account of all the DWP statistics on this subject which explains the figures in a way that even a mathematically challenged dunce like me could understand then you need to go here:-

According to nickd who wrote the article on ilegal the DWP are claiming that 85%  of ESA decisions are correct, but this is based on incomplete information. The figures he quotes are as follows:-

Of which there are –

These figures couldn’t be clearer and nickd extrapolated them from the DWP’s own fact sheets after close examination.  The key figure we need to concentrate on is the one relating to cases the DWP can claim as successes in terms of making an ESA decision that wasn’t challenged by the claimant. This figure, as we can see is 122,100.

So when the DWP claims it has got things right in 85% of decisions then we can reasonably expect them to be referring to this figure. But its pretty obvious that 122,100 is not 85% of either the overall number of appeals/ reconsiderations applied for i.e 793,700 of which it is a mere 15% or of the number of appeals/reconsiderations for which the out come is known, 312,100 of which it is a somewhat better 39%. It is, though, a long way short of the claimed 85%.

So where have the DWP’s devious spinners of tangled webs  of deception got this amazing statistic from? As far as I can see the following calculation is the only way they can have done it.

First of all its important to note that they are saying that 85% of ESA decisions appealed against are correct. They don’t mention reconsiderations by the DWP specifically.

So, if 15% are successful using this overall figure you can then claim, by a simple subtraction, that  85%  of appeals at Tribunal must be unsuccessful for claimants.

By conveniently failing to include the other 73,300 positive outcomes for claimants – the successful reconsiderations – and then expressing the smaller number of successful outcomes as a percentage of a much bigger overall total of appeals over half of which have not yet produced a known outcome and could well contain many more successes the wily DWP has managed to totally rearrange reality to make itself look good. That’s pretty dishonest in my book when they have to hand further entirely relevant data that they could and should have included in their analysis if they were sincere in wanting to provide the public with a true and transparent picture of how their policies are working. The only conclusion to be taken from this can be that they don’t want to be that transparent government that Francis Maude is supposedly devoting his time to achieve.

This kind of dishonesty in government has now become the norm, it seems, with DWP ministers. When you think that someone working for this thoroughly corrupt department is being paid a wage with taxpayers’ money to produce this kind of propaganda in order to make ministers look good…and when you also think that the single underlying purpose of doing this is to give those ministers the means to justify being re-electing – basically for party political gain – when you consider this, you have to despair and wonder if we can ever rescue any kind of democratic process for our children and grandchildren.

So given this sorry state of affairs, I’d like to introduce a new term into our vocabulary to describe what  is now happening ….. the Toryfying of statistics.