While all the furore has been going on concerning the report by Grant Thornton into events at Furness General Hospital and the alleged cover-up of a CQC report I wonder if anyone’s noticed that the CQC Board of Directors has been quietly evolving into a more privatisation-friendly animal.

Following the tide of resignations of red-faced Jo Williams, Cynthia Bower, Jill Finney and Anna Jefferson, all women who left proclaiming their innocence, comes a much more blue coloured tide of new appointees courtesy of Jeremy Hunt who, as Secretary of State for Health,  is responsible for such appointments. 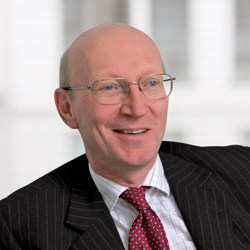 David Prior,  one-time Chairman of the Conservative Party, is the new CEO.  Although he doesn’t include it in his Declaration of Interests, he was once non-executive chairman of the private healthcare company Chancellor Care which owned Cawston Park, a private mental hospital, and was arrested, along with other board members, on allegations of defrauding the NHS out of £2.3 million. He was later cleared of the charge and Chancellor Care was bought out by the Jeesal Group who provide private mental health care. 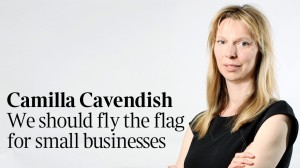 Another key addition to the Board is Camilla Cavendish, who was at Oxford with David Cameron where, like him, she graduated in PPE. She once worked for McKinsey and Co. who in 2009 produced a  government commissioned report entitled ‘Achieving World Class Productivity in the NHS’ which recommended the adoption of a US style private insurance based health system.

But perhaps her biggest claim to fame is as Deputy Editor of the Sunday Times, the Murdoch owned newspaper, in which she’s written many pro business articles and more importantly has written extensively about the NHS in a way that chimes remarkably with Jeremy Hunt’s outpourings. One her headlines, “The GP’s cushy deal means we’re all left to suffer in casualty” kind of says it all.

During the Leveson enquiry it was revealed that she was one of the many influential  News International journalists who had been granted the ear of David Cameron.

Before it was announced that Ms Cavendish was to join the CQC, the Department of Health announced that she had been asked by Jeremy Hunt to conduct an ‘important’ study of healthcare assistants to ensure they have the necessary training standards. Commenting on this the SoS said,

“Camilla Cavendish has a long-standing and strong interest in the quality of care and compassion in health and social care. She will provide a fresh perspective on the key issues of valuing and supporting the staff who provide that care.”

Given her journalistic track record on health issues I think the subtext of that comment is “she’ll provide a Conservative perspective” as she no doubt will on the CQC Board.

Jennifer Dixon  is CEO of Nuffield Trust which is an independent charity specialising in research and policy advice in health and social care.The Nuffield Trust was established as the Nuffield Provincial Hospitals Trust in 1940 by Viscount Nuffield (William Morris), the founder of Morris Motors. Dr Dixon was the project leader responsible for a series of reports commissioned by the government looking at a number of aspects of the Health and Social Care Act. Most recently she has been asked by Jeremy Hunt to look into the viability of an Ofsted-type ratings system for health services.The project she led also looked at competition issues and a statement on the Nuffield Trust website gives an indication of their approach,

“Competition is one of the most controversial tools with which successive governments have tried to boost efficiency and quality in the NHS. Our research examines how well market mechanisms in the NHS are working and whether their application could be made more effective.”

The Nuffield group has many arms, one of which is Nuffield Health, a charity which runs 31 private hospitals in the UK. On their website they boast that they are,

“In May 2013, Nuffield Health launched a retail bond to support investment in health care services in the UK.”

Another right leaning/business friendly CQC Board member is Michael Mire who is currently a Director at McKinsey and Company. Mr Mire is also an Oxford graduate and has experience in retail, finance and something referred to as ‘transformation’.

On the new Healthwatch and Public Involvement website they make the following comment about the newly appointed Board members,

“These appointments reflect CQC’s commitment to strengthening its board, widening the skills and experience available to help govern and lead the organisation and to make it more independent”.

More independent? From what? The NHS maybe… but certainly not the private sector.

Don’t forget that the Health and Social Care Act has changed the role of the Secretary of State radically with its “hands-off clause”  that will severely curtail his ability to influence the delivery of NHS care in the future. That is now the job of the unelected national quango, Monitor. In a previous post here http://wp.me/p3mYc5-5J I showed how Monitor’s CEO, David Bennett was found to be sympathetic towards the interests of private healthcare providers. A major part of Monitor’s role is to oversee competition issues in the health service and rout out ‘anti-competitive’ practices through its system of licensing and policing compliance with the terms of those licenses.

If the CQC were to join forces with Monitor, as has been mooted, what kind of beast will then be the guardian of our NHS?