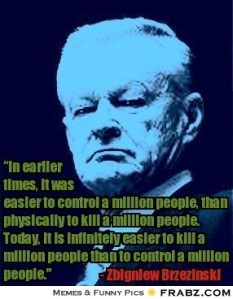 Zbigniew Brzezinski, one time National Security advisor to US President Jimmy Carter and the man behind the US financing of the mujahideen in Afghanistan and arming them against the Soviet invasion back in 1979, has recently gone on record as saying that growing political awareness among the public is making it hard for the powers that be to realise their plan for a military strike in Syria. This statement by the man who now acts as Obama’s foreign advisor sounds very much like an admission that our glorious leaders have been in the habit of peddling us lies and propaganda in order to get their way…surely not?!! 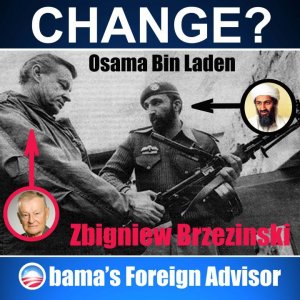 The following story can be found on the StoryLeaks website

During a short interview with Germany’s DW News last Monday, former US National Security Adviser and Trilateral Commission co-founder Zbigniew Brzezinski commented on the growing inefficiency of war due to the increased political knowledge of the public.

“Given the contemporary reality of what I have called in my writings ‘Global Political Awakening,’ a policy of force based primarily on Western and in some cases former colonial powers does not seem to me a very promising avenue to an eventual solution to the regional problem,” said Brzezinski, referring to the situation in Syria.

Despite Brzezinski’s noted long-term relationship with Obama which included a top foreign policy adviser position, Brzezinski denied any specific knowledge of his plans regarding Syria, saying that if the administration has a strategy, it’s a “very well-kept secret.”

Obama’s Middle Eastern strategy has been a mere continuation of the policies seen under Bush, exemplified by former four star general and NATO commander Wesley Clark’s admission of the Bush-era Pentagon plan to overthrow several countries including Libya and Syria.

Although Brzezinski at times attempts to appear opposed to military interventionism, President Obama’s actions in Syria, which include the support of admitted Al Qaeda fighters, closely mirrors several of Brzezinski’s previous policies, most notably the opposition to the Soviet Union in 1979, where decisions made by Brzezinski led to the creation of Al Qaeda through the CIA funding of the Afghan Mujaheddin.

Brzezinski’s call of warning to the “global political awakening” has only intensified in recent years. Last year during a speech in Poland, Brzezinski noted that it has become “increasingly difficult to suppress” and control the “persistent and highly motivated populist resistance of politically awakened and historically resentful peoples.” Brzezinski also blamed the accessibility of “radio, television and the Internet” for the “universal awakening of mass political consciousness.”

Despite attempts by both the Republican and Democratic leadership to gain support for a war in Syria, a new Reuters poll revealed that only 9 percent of Americans support military intervention in Syria. If the United States intervenes, it will be the least popular war in American history.

The massive and growing evidence forced out by the alternative media, which points to a US backed chemical attack by Al Qaeda led rebel forces to be blamed on Assad, has only accelerated the inevitable downfall of the corporate press that is now only trusted by 23 percent of the public. 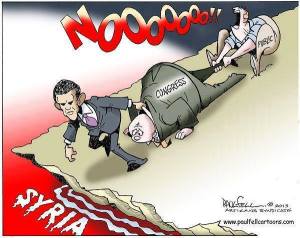 The alternative media news website, Infowars, run by the now infamous and outspoken Alex Jones has been very influential when it comes to giving space for counter arguments against Obama’s now desperate attempts to convince the people of America and the wider world that a military strike against Syria is the right thing to do. The latest story to be aired by Infowars is pretty scary.